»In recent decades, theorists such as Donna Haraway and Anna Lowenhaupt Tsing have fostered a new awareness that humans have only been able to evolve through reciprocal relationships with other species. In order to truly acknowledge this kinship, we need new political models that no longer place humans above all else, but include the needs of other living beings and enable their participation in society. So far, there has been little reflection and even less practical testing of what this might mean for urban space.« In order to open up new perspectives on the topic of cohabitation, Mapping the Post-Human City creates new imaginaries for the city, in which non-human forms of life are assigned an important role and solidarity between species is imaginable.«

The Mapping the Post-Human City aims to examine non-human species' presence in Berlin's urban space and make them visible. Maps are generated from various data sources, which point to new relationship patterns between humans and animals beyond traditional nature conservation thinking and urban and rural antithesis. The key questions are: How do cities and nature affect each other? Which human-made urban infrastructures offer new habitats for animals? Which material relationships exist between animals and architecture? Sources are our own research, but also the Naturblick app (Museum of Natural History), public geoinformation portals and scientific monitoring.
Alongside these maps, videos help to raise awareness of non-human species as urban actors. Neural networks generate videos from existing citizen science data archives to generate a visual inventory of urban nature. The videos function as a kind of virtual memory of selectively selected places in Berlin's urban nature. These videos show how algorithmic networks »see« nature, but also create new realities. The videos test the reality-building effects of AI and its use as an artistic tool to experimentally evaluate and visualize the growing data archives of citizen science projects.

For Mapping the Post-Human City, Pollinations in Blatant Space uses the animal sound archive of the Museum of Natural History Berlin to create a sound installation generated by machine learning that corresponds to the videos/maps and learns from them with the help of Cycle-GANs.

The piece has been part of the exhibition »Cohabitation: A Manifesto for Solidarity of Animals and Humans in Urban Space«, co-initiated by ARCH+, in the silent green Kulturquartier Berlin, Gerichtstraße 35, 13347 Berlin from June 5th to July 4th, 2021.

The work was realized in close cooperation with the Natural History Museum Berlin. 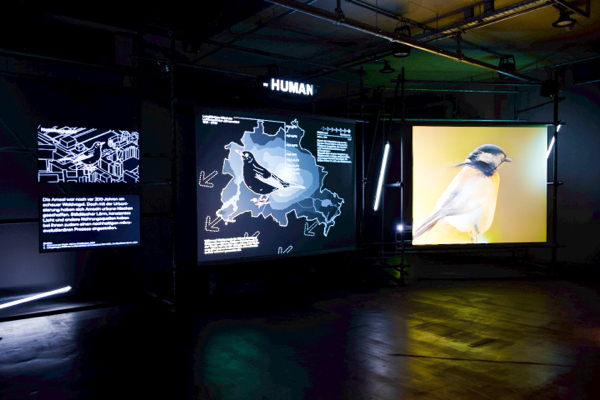 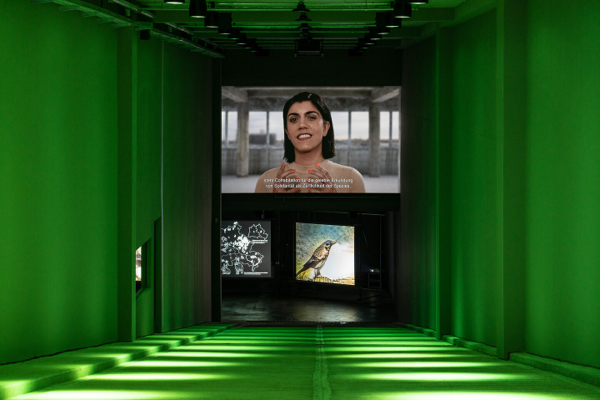 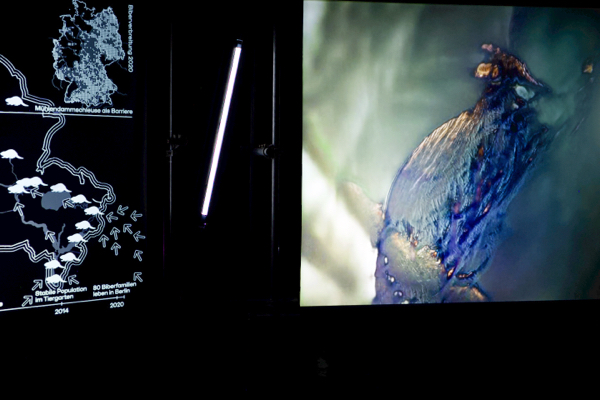 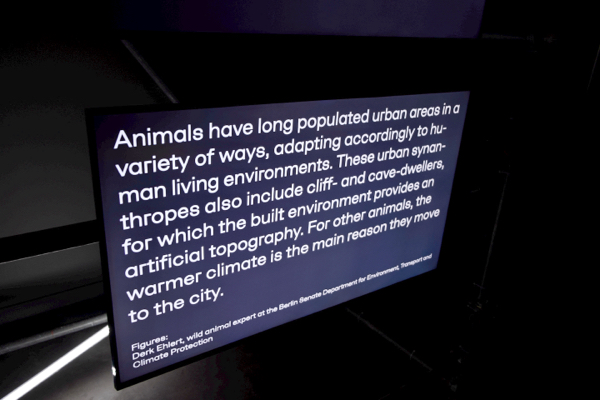